In January 10th, 1963, the House of Representatives and later the Senate began reviewing a document, titled “Communist Goals for taking over America”.

The document contained an agenda of 45 objectives.

A quick glance of these objectives:

and it becomes apparent, that the ultimate goal of the Communist Party was nothing less, then destroying the freedom and sovereignty of the American people.

18 of the 45 goals pertained to issues, that were relevant during the Cold War and have been made obsolete by the ending of the USSR and the changing global landscape.

However, the remaining 27 have been mostly accomplished. Analysis of the objectives, as they reflect current social and political conditions reveals, that this has been achieved through liberal policies.

Along with many of the goals listed and equally revealing, suggestions are given, what covert methods are to be used to their end.

Classic Liberalism is simply a love of freedom, that everyone shares. The term  Modern Liberalism is used to highlight, how this political ideology has changed and what it has come to represent.

Below is the list of the 27 Communist Goals, with my comments in blue.

The link to the original 45 is at the end of the list.

4. Permit free trade between all nations regardless of Communist affiliation and regardless of whether or not items could be used for war.

Free trade has has nearly destroyed the United Sates economy and its middle class. At present, 7 in 10 Americans have less than $1000 in savings and 1 in 5 have none.

TPP (Trans Pacific Partnership), proposed by Obama would have been NAFTA on steroids and the new Biden administrations trade policies will once again export jobs overseas and give more power to transcontinental corporations.

11. Promote the UN as the only hope for mankind.

The United Nations was founded to be an instrument of globalism, as the ultimate goal of the communist is to create a global socialist state.

13. Do away with all loyalty oaths.

Military personnel and members of law enforcement are sworn in, to protect the United States against enemies, foreign and domestic. The reason why liberals want to cancel loyalty oaths is because the military and law enforcement agencies would not be obliged to take action  against them.

15. Capture one or both of the political parties in the United States.

It’s been accomplished. The Democratic party has a Marxist agenda and most of the Republicans are standing idly by the destruction of our freedoms.

16. Use technical decisions of the courts to weaken basic American institutions by claiming their activities violate civil rights.

The Identity Politics of the political Left in the media and academia are designed to create victims out of minorities and gain political power from the resulting discord and division among the population.

17. Get control of the schools. Use them as transmission belts for socialism and current Communist propaganda. Soften the curriculum. Get control of teachers’ associations. Put the party line in textbooks.

Check!   Educational institutions of today are used to indoctrinate and radicalize the young generation in the Marxist ideology. Universities were once the bastions of free speech. Now anyone with an opposing view is ostracized, verbally and sometimes even physically attacked.

18. Gain control of all student newspapers.

This has also been accomplished, along with #17.

19. Use student riots to foment public protests against programs or organizations which are under Communist attack.

Student protests are being used to suppress free speech and silence conservative voices.

The communist party launched a broad-based attack, to take over the media and educational institutions. The radical left policies, that are promoted today, bears witness to their success in this area.

Done!  The entertainment industry is dominated by Liberals, so are most television news networks.

22. Continue discrediting American culture by degrading all forms of artistic expression. An American Communist cell was told to “eliminate all good sculpture from parks and buildings, substitute shapeless, awkward and meaningless forms.”

24. Eliminate all laws governing obscenity by calling them “censorship” and a violation of free speech and free press.

The ongoing censorship by the big social media companies are the result of this goal. The Big Tech companies, YouTube, Facebook, Google and Twitter all claim to uphold free speech, yet they reserve the right to delete content any time, at will. This is typically done under the pretense of controlling hate speech.

All these companies are owned and run by liberals. Apparently, any opposing view is hate speech.

25. Break down cultural standards of morality by promoting pornography and obscenity in books, magazines, motion pictures, radio, and TV.

Dr. Seuss and other cartoon characters have been cancelled, but Cardi B’s “Wet Ass Pussy”  production, that denigrates women, has won awards.

Transgenderism, homosexuality and gender confusion are promoted through the media, education and popular culture.

27. Discredit the Bible and emphasize the need for intellectual maturity, which does not need a “religious crutch.”

Christianity is indeed under attack by liberals, Christians are mocked, belittled and smeared because of their faith. The mainstream media routinely mocks and marginalizes Christians, for beliefs, held and practiced by most Americans. The way Joy Behar the “The View”  mocked VP Pence for his faith is an example.

28. Eliminate prayer or any phase of religious expression in the schools on the ground that it violates the principle of “separation of church and state.”

School prayer has not been outlawed yet, but religious expression is being stifled. See # 27!

29. Discredit the American Constitution by calling it inadequate, old-fashioned, out of step with modern needs, a hindrance to cooperation between nations on a worldwide basis.

They attack our constitution, because it was created to guarantee individual rights and that prevents liberals from implementing the socialist, tyrannical society they seek.

30. Discredit the American Founding Fathers. Present them as selfish aristocrats who had no concern for the “common man.”

Read quotes by the Founding Fathers and it quickly becomes obvious that they had nothing, but concern for the “common man”. There are many quotes about preserving personal freedom and the dangers of and overreaching government.

31. Belittle all forms of American culture and discourage the teaching of American history on the ground that it was only a minor part of the “big picture.” Give more emphasis to Russian history since the Communists took over.

32. Support any socialist movement to give centralized control over any part of the culture–education, social agencies, welfare programs, mental health clinics, etc.

States, run by liberals have become welfare states. California has 12% of the United States population and 34% of its welfare recipients. New York and CA have the highest per Capita spending on welfare.

The “father of modern education” John Dewey was an admirer of Stalin. No wonder that education of today is designed to create a citizenry that simply does what it’s told with no ability for critical thinking, “limited learning for a lifetime of labor”.

38. Transfer some of the powers of arrest from the police to social agencies. Treat all behavioral problems as psychiatric disorders which no one but psychiatrists can understand [or treat].

39. Dominate the psychiatric profession and use mental health laws as a means of gaining coercive control over those who oppose Communist goals.

According to the Patient Tracker Database, 80 233 280 persons, were on psychiatric drugs in 2017. That’s 1 in 4 and some as young as 1 year old. Big Pharma rakes in billions in profits, while these psychotropic drugs affect brain chemistry, dumbing down the population.

40. Discredit the family as an institution. Encourage promiscuity and easy divorce.

42. Create the impression that violence and insurrection are legitimate aspects of the American tradition; that students and special-interest groups should rise up and use [“]united force[“] to solve economic, political or social problems.

The entertainment industry, dominated by liberals has promoted violence in their movies and there is no shortage of special interest groups, that aim to implement liberal agendas, under the banner of social justice.

The 45 Communist Goals, as read into the Congressional Record, 1963

There are lots of demonstrations today in the United States in support of socialism/communism. Most of the protesters have no idea what they are supporting, communism has caused an untold amount of pain and suffering around the world.

Doubters should go and visit the “House of Terrors” in Budapest, Hungary. It is a museum where people’s lives during communist times are on display. It is also the building, where non-conformists were tortured and brutally beaten. 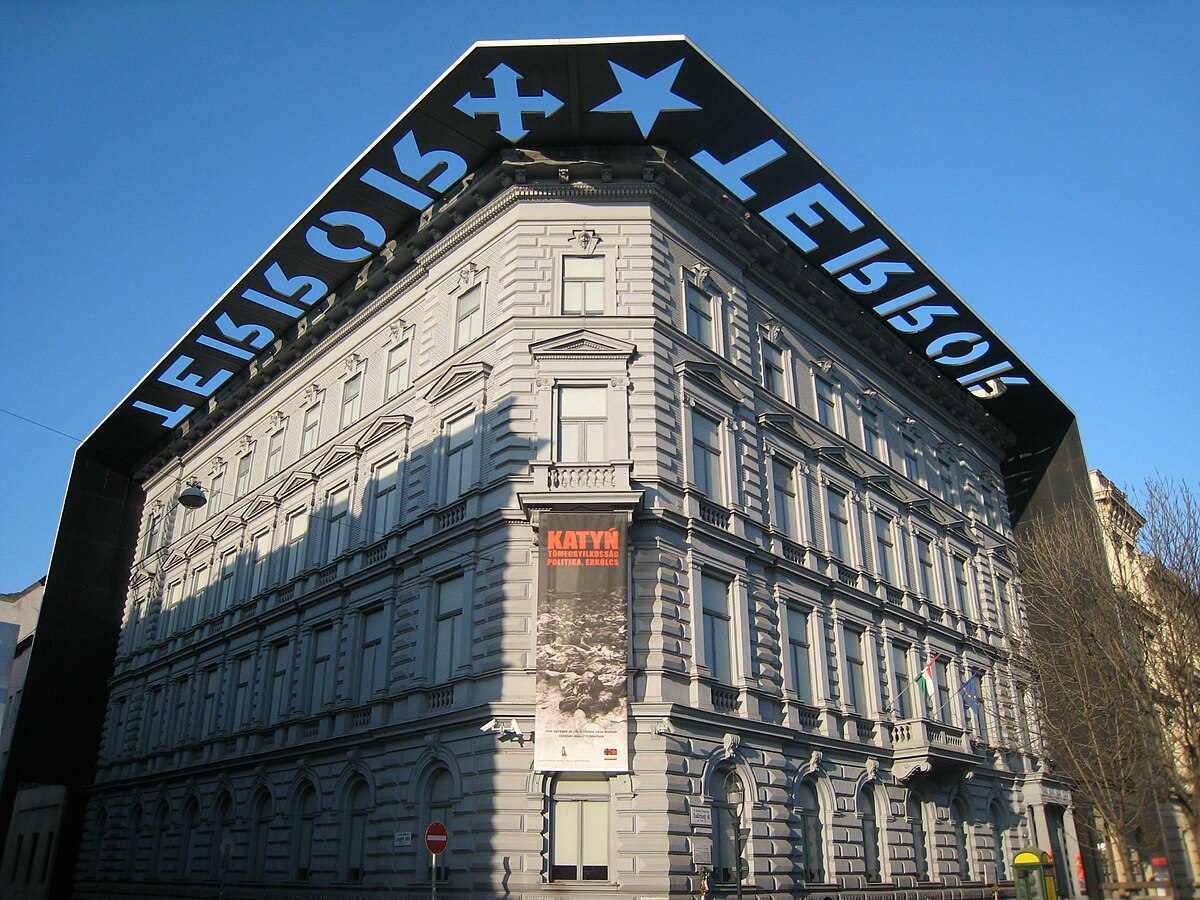 One thought on “Is Modern Liberalism Communism in Disguise?”