…….the word “newspapers” is in the original quote.

It is stunning how relevant the statement is more than two centuries later. It is as if the Founding Fathers could see the future.

They warned about the influence of banks, the possible loss of personal freedom due to a big, self serving government (plenty of quotes on that) and the power of those who control the flow of information.

The social media is a clever invention, like the television had been before it. For the casual observer, it is for socializing, hence the word social. But it was created for spreading propaganda and for spying on people, in other words, for social engineering.

But there comes a time, when people realize that they has been deceived, they begin to see that there is more to life than what they had been told, this experience is usually described as “awakening”.

Those, who have had this awakening experience try to inform others on social media.

They are sometimes accused of “fearmongering”and being too negative. Others use a different strategy, posting love memes and flowery messages and avoiding negativity at all costs.

How do we find balance,  what is the best way to inspire change?

The truth can be like a bitter pill, hard to swallow, but learning the facts is the first step in creating positive change.

We can not change what we don’t acknowledge. We can not change something, unless we know what needs changing, what it is we are up against. Once we uncovered the truth and it is shocking and upsetting, then we must not dwell on it.

If we keep focusing on things that gets us upset, we might actually end up generating more of the negativity, that we wish to eliminate.

Instead, we need to decide what we want to see in the world and focus on that.

In other words, whenever you feel negativity, or feel discouraged, create a positive version of what you are experiencing .

“Do you want to know who you are?  Don’t ask. Act! Action will delineate you and define you.”      – Thomas Jefferson

Unity among the 13 colonies was what enabled Americans to gain their freedom and independence from Great Britain. But that had not always been the case, the colonies had their differences.

In 1754, in the first year of the French and Indian wars, Benjamin Franklin’s “Join, or Die” cartoon depicted the colonies, as part of a snake and urge them to unify. 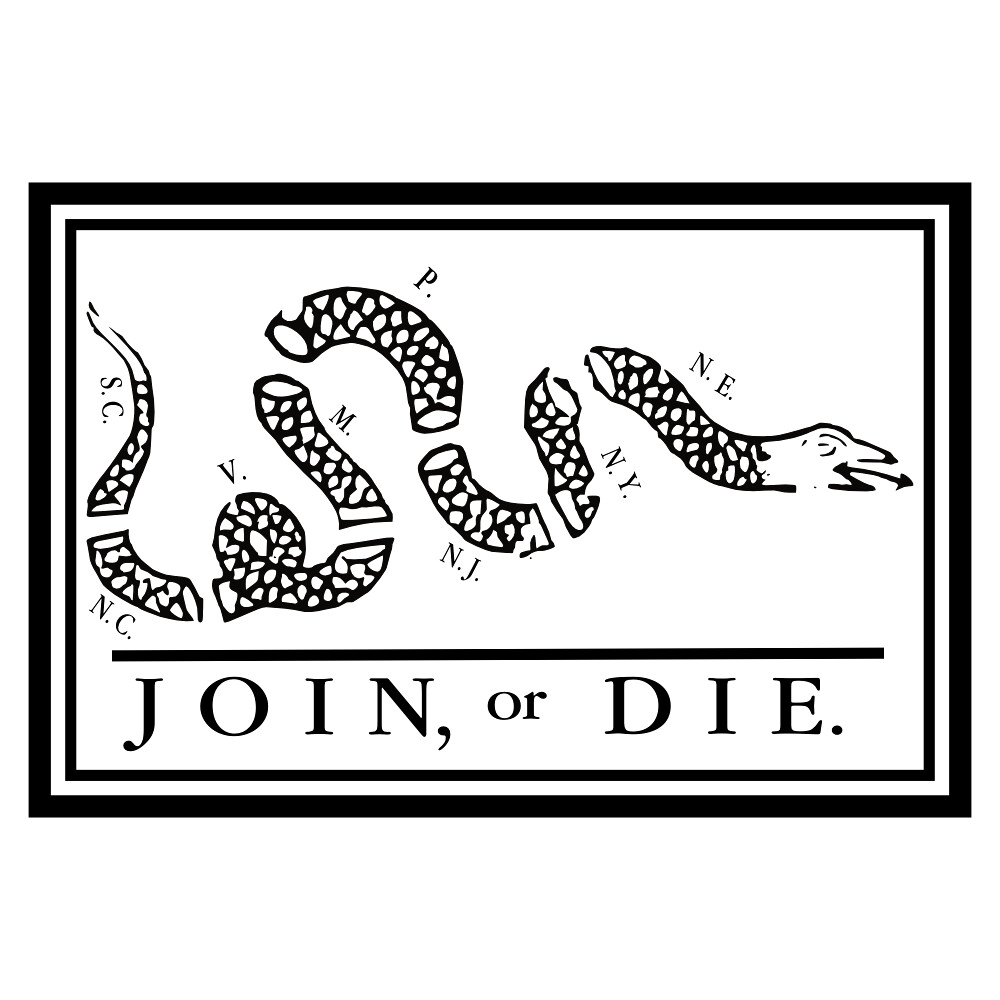 The colonist’s willingness to put aside their differences to fight a common enemy was what enabled them to gain their freedom in the new world.

In warfare, divide and conquer techniques weaken the enemy from within, by demoralizing it through sabotage, assassinations and other methods.

The sociological application of divide and conquer is what is seen today in the mainstream media.

Most news reports are designed to cause an emotional response to exploit racial and ethnic differences and to create conflicts between various groups of people along the lines of religion, class, gender and just about anything that helps achieve this nefarious goal.

The population is manipulated to believe that they have to take sides on every issue and once they do, they are busy arguing with each other, not noticing the invisible puppet masters.

Becoming informed and pursuing the truth together, as a team is how positive change is created and the change we want may be called the New American Revolution.